Having been around the residential pool industry for quite some time now, it always seemed weird how developments were happening in other sectors but not much was happening with the main component of a swimming pool—the vinyl pool liner.

When I heard that the invisible liner seam was being developed I knew it would be a winner. I remember installing  new pool liners and the ooos and ahhhs would come out from people but then they would say something like ” what are those lines down there, why are there so many?” The UltraSeam technology that Latham developed allowing for the sections of pool liner ( there can be up to 20 pieces depending on the pool liner size) join the pieces in a way that is virtually invisible. Have a look at this short video that shows an UltraSeam pool liner. 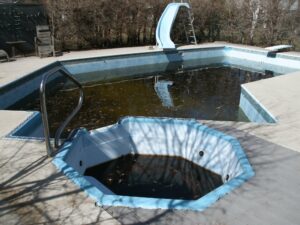 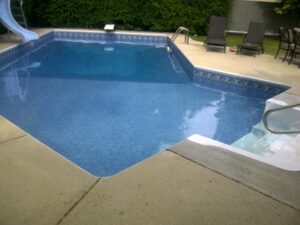 When I dug past the tremendous advantages of how the pool liner looked and went into how it performed I was equally pleased. To manufacture pool liners with the new technology some of the manual methods that still go on in most vinyl factories were dropped, An example of this would be in the way that 2 pieces of pool liner get aligned together to be joined. A traditional method has an operator with their hands determine the overlap and placement of the seaming bar, as well the same operator decides how long the bar is to be placed on the seamed area. The failures that I have seen over the years really came from 2 places:

1. The material had been overlapped too much or too little

2. The bonding bar had been placed on the seam area too long and leaving a weak area at the seam

With UltraSeam this part of the process is done by laser input, aligning the pool liner pieces in an exact orientation for an exact time period. Seems simple but as I understand it about 2 million dollars per plant to have the equipment installed. I get why some of the smaller operators aren’t able to adopt yet. Have a look at a full before and after sequence of pool liners here.

Request A Visit To Have Your Liner Problem Diagnosed Today!

When you turn to Aqua-Tech to assess and diagnose the issues causing wrinkles in your liner, you'll learn what's causing the unsightly issue, whether your liner is leaking, and more!