We can all agree… pools are cool! Here are some even cooler facts about swimming pools we bet you didn’t know!

Swimming is a great way to reduce stress. Swimming stimulates the brain chemicals that are responsible for the growth of nerve cells. It also affects neurotransmitters such as serotonin that influence mood and produce a stress reducing hormone, which helps control the brains response to stress and anxiety. So the next time you have a long stressful day at work… go for a swim! 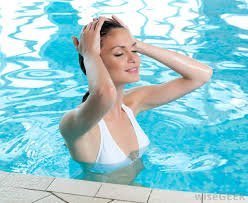 The amount of water that flows over Niagara falls in three days could fill EVERY swimming pool in America! 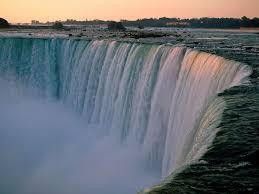 The Titanic was the first ocean liner to have a swimming pool AND it was even heated!

Swimming became an Olympic sport in 1908, but women weren’t allowed to participate until 1912. Only the “freestyle”, “breast stroke”, and “backstroke” styles were present. Low Impact on Bones and Joints

Swimming is a great exercise because the buoyancy of the water reduces your body weight, making the exercise low impact on bones and joints, plus you can burn up to 650 calories in an hour swim (that’s almost two whole donuts!!)

You may have seen this bored-looking guy on the American $100 bill. He made some pretty awesome contributions to histroy and did you know swim fins were one of them? At the young age of 11, Mr. Ben Franklin invented swim fins!

The best way to save money and enjoy your pool or hot tub even more is through regular water testing—and when you turn to Aqua-Tech, you'll get a thorough 13-point analysis that no one else in Winnipeg can offer.